ABWE began ministering in Togo in the 1970s. After several years of ministry in southern Togo through church planting and education ministries, the team was burdened to reach into the far northern regions of Togo where the physical and spiritual needs were great. As a response to this, the ABWE team in southern Togo voted unanimously to begin the Northern Outreach Project. Church planting and education ministries began in Kara, the second largest city in Togo, located in the northern half of Togo. Around the same time, the team saw the need for the start of a medical ministry team. 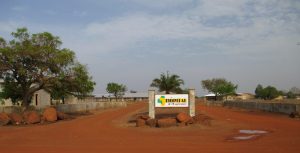 In 1985, Hôpital Baptiste Biblique was opened in Tsiko and began meeting the significant physical needs of the people in and around this region of Togo. Word of this hospital and clinic’s reputation for providing compassionate, quality healthcare spread. As a result of their good reputation, in 2005 ABWE was approached by important members of the community in the north with a plea to build a hospital in their community. This began a series of events that eventually led to the recruitment of a new team in response to this need and invitation.

Construction began in 2007 in northern Togo, in the town of Mango and L’Hôpital de l’Espérance (The Hospital of Hope) was completed in 2015. After years of work and much anticipation, the hospital and clinic opened on March 2, 2015. What an exciting day that was for the team and even more, for the people of Mango! The medical care they have been needing for so long had finally been made available!

The need is great! 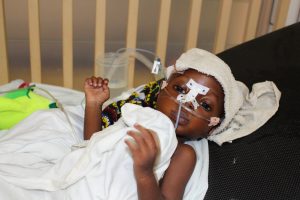 Here are just a few statistics to paint a picture of the need for quality medical care in Togo: 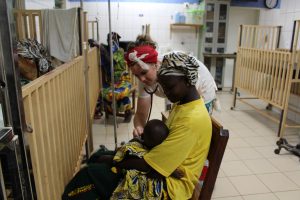 -life expectancy at birth is 58 years

-there are 5 physicians practicing in Togo per 100,000 people

–21% of children under 5 years old are malnourished

Major infectious diseases treated at the Hospital of Hope: 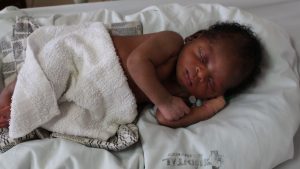 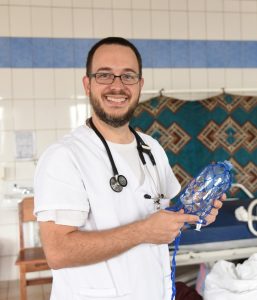 As you can see, this hospital was desperately needed. The Hospital of Hope delivers quality healthcare in the name of Christ and is making an impact in hundreds of lives every week! Since opening in March of 2015 the Hospital of Hope (HoH) has already met the needs of over 27,000 patients! It is a 65-bed hospital, complete with an adjoining out-patient clinic, 4 operating rooms, as well as laboratory, pharmacy and radiology departments. The inpatient area consists of women’s, women’s infection, labor and delivery, postpartum, neonatal intensive care, women’s intensive care, isolation, pediatric and pediatric intensive care, an emergency department bay, men’s intensive care, men’s, and men’s infection wards. There is also a post-anesthesia care unit.

“Quality healthcare is greatly lacking in so many African nations. Compassionate, Christ-centered medical missions is one of the most effective evangelistic tools God is using to reach Africans.”