So where in the world is Togo, you may ask?!

The country of Togo is a tall, narrow, West African country located just north of the Equator, and is home to around 7 million people. It borders Burkina Faso to the north, the Atlantic Ocean to the south, Benin to the East, and Ghana to the west.

-The language of trade and education is French, though this is always a Togolese’s second language, learned at school. They speak their family’s tribal language at home. It is not unusual for a Togolese to speak as many as 4 or 5 languages!

-The capital city (and largest city in the country) is Lomé, located in the south on the Atlantic Ocean. 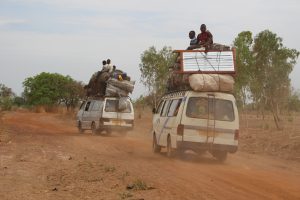 -Togo is hot and humid most of the year and the temperature seldom drops below 70° F at any point of the year, day or night. In the north it can reach temperatures as high as 145° F during the hot season, though 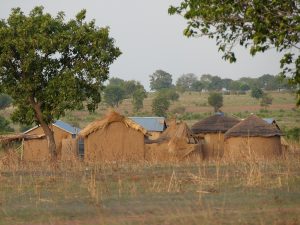 120° F is more typical. During the late fall and winter months the winds shift directions due to the Earth’s axis, blowing down from the north and bringing fine dust and sand from the Sahara Desert that looks like dense fog providing reprieve from the intense sun. This season lasts from about mid-November to mid-January and is very dry and much cooler. Though it is very dusty, this is our favorite season of the year!

-Togolese houses are made of concrete, mud, or brick with grass or metal roofs.

-In Togo it is considered condescending to cross your legs when sitting or to have your hands in your pockets when talking. 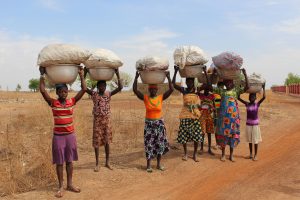 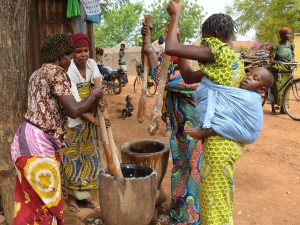 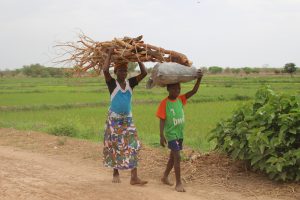 -Togolese carry nearly everything on their heads: one banana, a fully-assembled ceiling fan, up to 300 eggs, firewood, a big basket of chickens, or a 5-gallon pan of water. They also always carry their babies on their backs, wrapped securely on with only a piece of fabric, called a pagne. This keeps their babies safe and their hands free to do other tasks.

-The Togolese make their income primarily through subsistence farming. The main exports of Togo are cotton, coffee, cocoa, and phosphate.